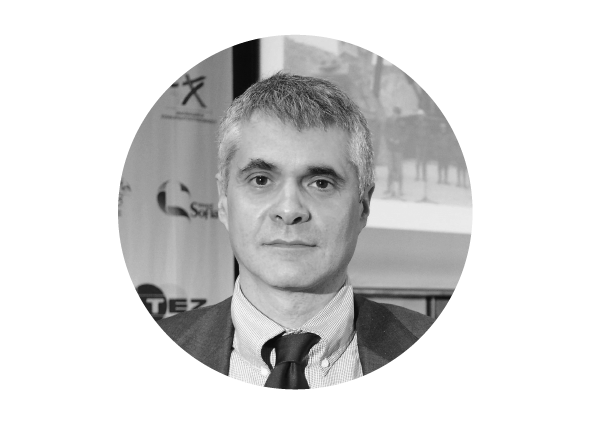 Alberto Pezzi is the Director of competitive strategy at the Directorate General for Industry of the Government of Catalonia.

He has over 22 years of experience in competitive strategy and cluster development working both in international consultancy firms (McKinsey & Co, Competitiveness Group, etc.) and in the public sector. During this period, Mr. Pezzi has leaded and participated in over fifty cluster development initiatives in more than twenty different sectors.

As part of his professional pro-bono activity, Mr. Pezzi has been among the promoters of TCI Network (the leading global network of cluster practitioners, tci-network.org) and since 2003 he is member of the Board of Directors, serving as secretary, president and, presently, as treasurer.

Mr. Pezzi is the author of different articles and business cases on cluster policy and practice and he is regularly invited to talk in international forums. As invited professor and guest speaker, he has intervened at prestigious academic institutions like IESE Business School, ENA – École National d’Administration, Venice International University and University of Deusto among others.

As cluster expert, he also collaborated with international organizations like the European Commission, the World Bank and UNIDO.