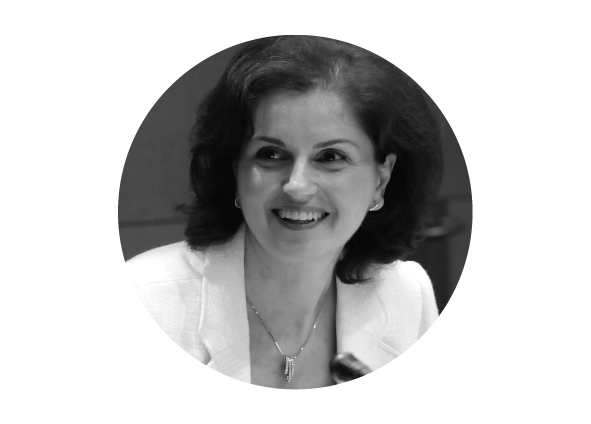 Since 2003 she has conducted extensive consultancy and advisory work for the EC, several UN bodies, national and regional government innovation agencies. Among others, she chaired the EC Advisory Group on H2020 “Spreading Excellence and Widening Participation” (2014-2016) and was a member of the UN-ECE Team of Experts on Innovation and Competitiveness Policy since 2007. She was an evaluator for several H2020 funding schemes and for national innovation agencies in the Netherlands, Poland and Hungary. She chaired the Strategy Committee of the Triple Helix Association (2010-2012) and served in over 20 conference scientific committees, coordinating various international networks.

She currently serves as a member of the International Advisory Board of the Accreditation Council for Entrepreneurial and Engaged Universities, of the Scientific Board of the University-Industry Innovation Network (UIIN) and of the Strategic Advisory Board of Imperial College’s Institute for Molecular Science and Engineering.

She is also a multilingual speaker, having delivered over 100 keynote lectures, invited talks and presentations in conferences and other scientific events in the US, Europe, Latin America, Asia and the Middle East.